High output renewal trains are well known in the track world for renewing rails, sleepers or ballast with high efficiency. Why not replicate this approach for catenary work? This is the specification that has been proposed in France by SNCF Réseau to renew almost 16,000 km of electrified track. After long months of design and manufacture in cooperation with Colas Rail and TSO Catenaries, the first GEISMAR SRC fast catenary suite is at work every night on the 25,000-volt network. In 2021, a second rapid catenary suite will operate on the 1,500-volt network. Unrivalled performance in catenary renewal has already been achieved.

What is the situation of the catenary network in France?

France has nearly 30,000 km of railroads, half of which are electrified, which must be regularly maintained to ensure the safety and continuity of rail traffic. This electrified network is 65% divided into 25,000 VAC (volts in alternating current) and 35% of the network into 1,500 VDC (volts in direct current).

In addition to the renewal of the catenary wires carried out with rolling and unrolling trains, SNCF studies have shown that it is also essential to replace the support on the 25,000 VAC catenary and the entire pole and support on the 1,500 VDC catenary. The 1,500 VDC catenary is generally older, with some sections of track having poles that are almost 100 years old! Given the density of the electrified network in France, new high-performance trains were needed to complete this work within a suitable timeframe. It was in this context that the High Output Catenary Renewal Trains appeared. 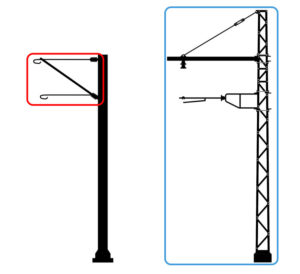 What new challenges does the renewal of the catenary impose?

In order to renew these two types of catenary (1,500 VDC and 25,000 VAC), logistical resources are generally heavy to implement: 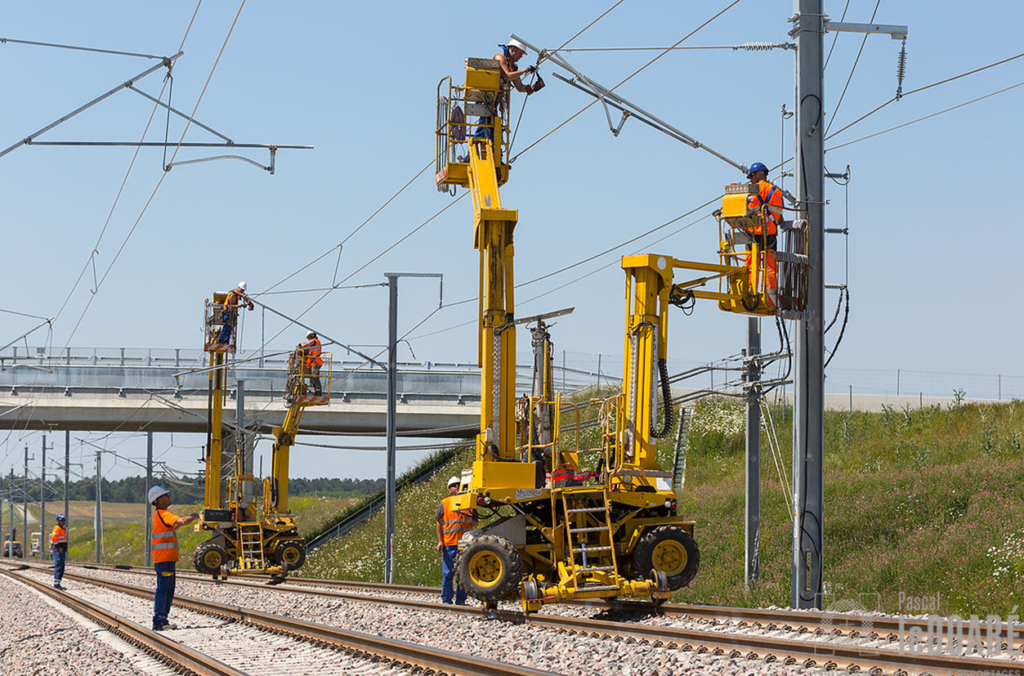 With traditional means, it takes on average about 30 minutes to replace a catenary support. In cooperation with Colas Rail and TSO Catenaries, GEISMAR has taken up the challenge of dividing this replacement time by 3 in order to speed up the replacement rate of the supports that need it most. This was a small revolution in the railway world because it was necessary to find ways of breaking down and industrialising catenary work with trains, known as High Output Catenary Renewal Trains (SRC). Among the difficulties encountered, the catenary lines are almost never the same. Indeed, multiple configurations or types of poles and supports have been installed over the years.

What are the objectives to be achieved by the High Output Catenary Renewal Trains?

The maintenance objectives for each night’s work are: 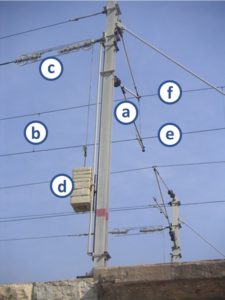 In order to avoid having to completely reposition the droppers, thus creating additional operations and costs, the new posts must be in the same place as the old ones. A first preparatory train will pass before the replacement train in order to place threaded rods in the existing concrete blocks at the foot of the poles. 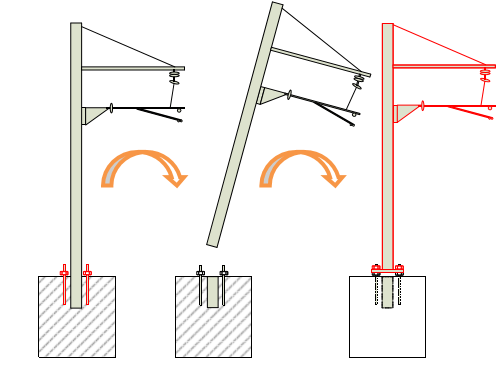 What are the High Output Catenary Renewal Trains made up of to achieve their objectives?

In collaboration with end users, GEISMAR has designed and produced two trains:

Every night, the 25,000 VAC High Output Catenary Renewal Train is at work and gives satisfaction. With the support of the GEISMAR teams, Colas Rail operators are gaining experience in adjusting equipment (cradles, cranes, masts, clamps, gantries, etc.) to synchronise their movements and save time on site.

Congratulations to the teams of GEISMAR Alsace, Rhône and Provence for their respective know-how in the design and manufacture of wagons, aerial platforms, cranes and gantries. Team spirit and pugnacity made it possible to successfully complete this unprecedented project!

We now hope that these French innovations can also be used to renew more efficiently the catenary of other networks outside France. The oldest networks, with a catenary configuration similar to France, will then be able to apply all the GEISMAR technology.